TalkinBroadway review of the “Sessions” Cast Album
“Amusing is David Patrick Ford as a patient who would like to think he is Bob Dylan. Singing with trademark Dylan vocal inflections (but clearer in tone), his “I’m an Average Guy” is cute, and he plays his own guitar and harmonica.”

New Theater Corps Blogspot, Reviewed by Cindy Pierre
“As Dylan, a character masquerading as Bob Dylan both in appearance and sound, David Patrick Ford is deliciously entertaining with his ditties. Of all the solos, his are the most enjoyable…”

New Theater Corps Blogspot, Reviewed by Ilena George:
“Two characters distinguish themselves as more sympathetic than the rest: affable Dylan (David Patrick Ford) who believes he is Bob Dylan (complete with harmonica, guitar and a toothpick hanging out of his mouth) and holds himself above the rest of the group, teasing them for their problems and refusing to his acknowledge his own…”

TalkEntertainment.com, Reviewed by Oscar E. Moore
“…we really don’t get to care much for any of the patients. With the exception of David Patrick Ford (Dylan)…”

Curtain Up, Reivewed by Brad Bradley
“The entire supporting cast is quite strong, notably including Kelli Maguire as a woman suffering rejection by her mother, David Patrick Ford as a confused youth obsessed with the folk singer Bob Dylan…”

Wolf Entertainment Guide, Reviewed by William Wolf
“David Patrick Ford is very funny as a patient who has attempted to adopt the personality of Bob Dylan in life and music.” 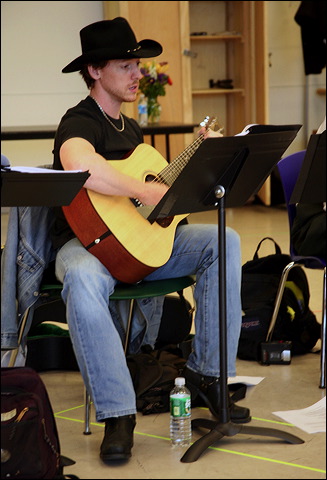 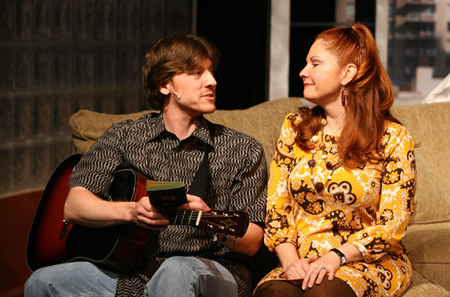