Gainesville Sun, Reviewed by Ron Cunningham
“Ford plays his pivotal role with such athleticism and animation… He rides boldly into the night, he belly flops across the stage, he hurls himself into the arms of femmes fatale. Ford works himself into such a constant lather that one hopes they hose him off during intermission.” 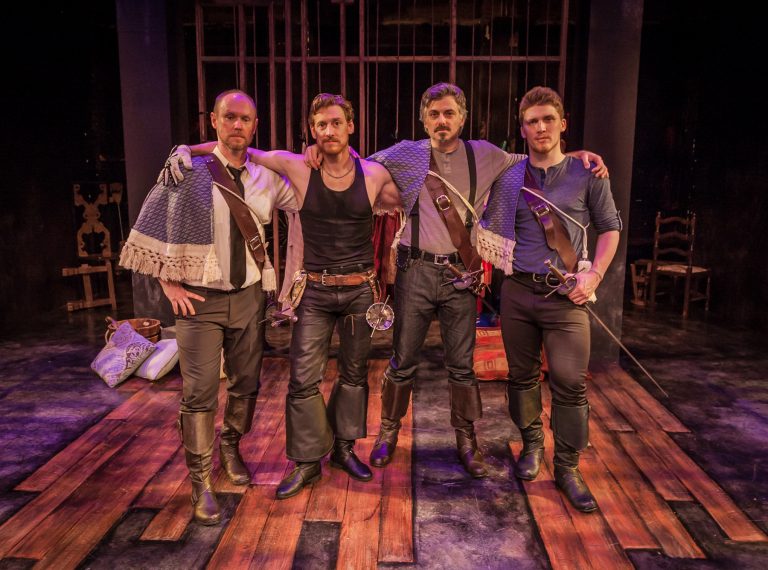 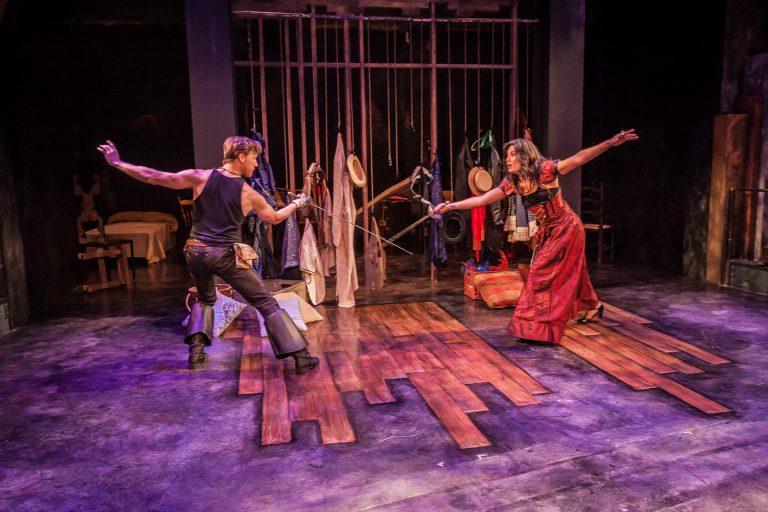 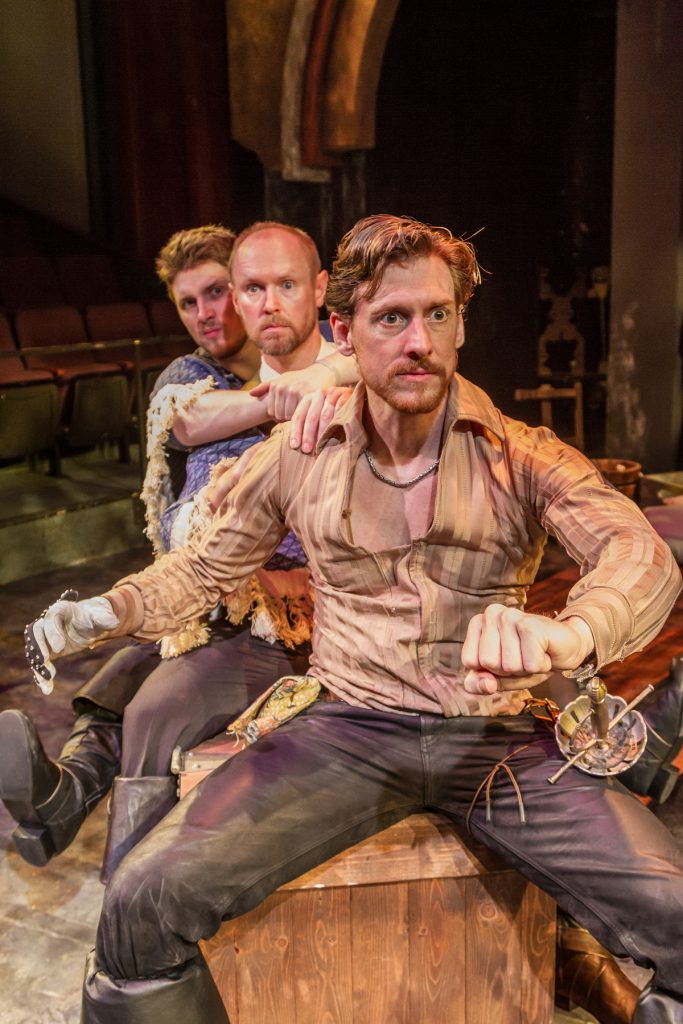 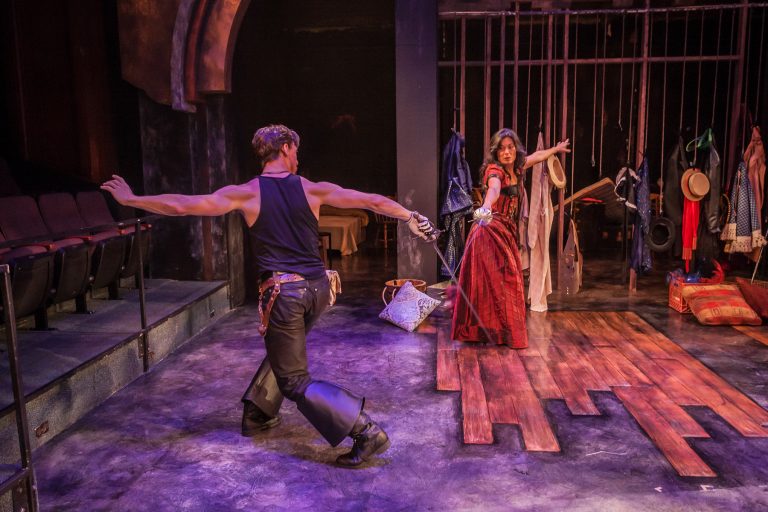 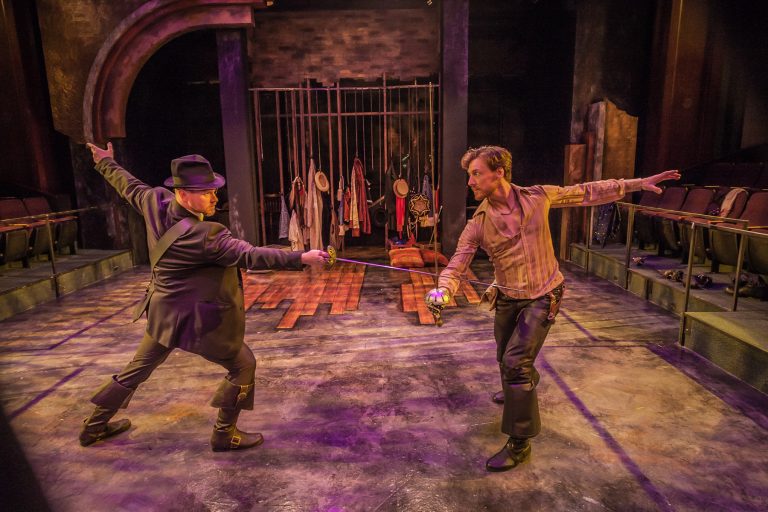 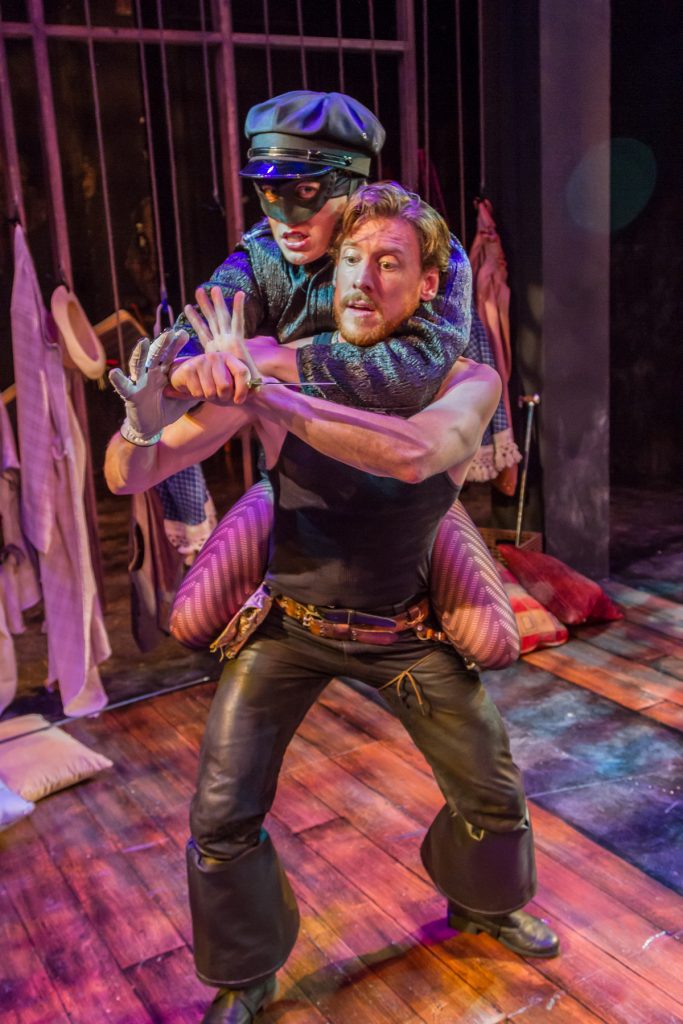